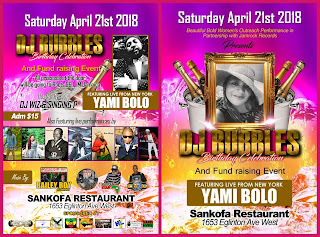 The Roots 96.1 Fm Fundraiser and Dj Bubbles Birthday Celebration was a night to remember which took place on April 21, 2018 inside the Sankofa Bar & Restaurant.

We were able to raise $500.00 from the proceeds at the door in which we are truly grateful for all those that donated to the Roots 96.1 fundraiser movement on that night.

There were many who supported this cause and we want to take the chance now to let them know that their contribution in sharing the event, creating awareness, and most of all coming out is not unnoticed.

Thank you so much to Jamrock Records who was on board this initiative from the genesis of the event helping to share and raise awareness in Toronto and Montreal Ms. Yvonne Jacobs thank you so much.

We also want to thank Grace Foods Canada for the two lovely gift baskets for door prizes we appreciate you as well. A great thanks to Patrick Roots who also allowed us to promote the event on his show on CIUT FM in Toronto. Marcia Tulloch and Delroy Graham from the Leukemia foundation as well who attended and made a great contribution as well. We can't forget Sandra Sylburn who assisted behind the scenes at the very last minute to lend a helping hand.

Canadian Reggae World Julian Anthony who took the time to promote and share our fliers we thank you as well. Jannette Lumley from the Reggaelution and Reggae Is Love movement as well granted much support.

Sankofa Bar & Restaurant who also allowed us to use their space free of charge and went the extra mile to renovate to prepare the venue we thank you as well. 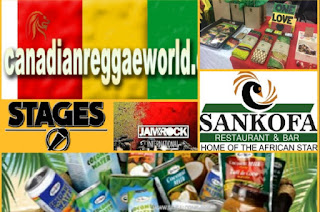 The Reid family Cora and Jimmy Reid who put their heart into seeing the fundraiser be a success and also assisted in creating awareness thank you so much. As well reggae artist Heather Lioness played a vital roll in sharing this event into her networks.

Carrie Mullings of Vibe 105 FM and also our host Dj Wiz from Vibe 105 FM we extend a great blessing to you. As well Mary Galvan from Durham Caribbean Festival in Ajax as well assisted in creating awareness.

One love to Kelly Bonin from the One Love movement in Montreal, Quebec who donated some beautiful artifacts to the event as well we thank you truly.

We can't forget from Roots 96.1 FM Bailey Bwoy who also from Jamaica advertised the event on everyone of his shows and his talent for doing mini skits which also engaged people from all over the world. Bailey Bwoy we salute you as well.

It was a wonderful night with Dj's Marvin Chin and African Star as well Lyrical Banks who assisted the performers by controlling the music while they performed.

Our first act was Cora Reid who was requested to do an encore of her rendition of Bob Marley's Small Ax was amazing on the stage.

After Cora Reid we had for the first ever in Toronto all the way from Jamaica Ajahfari who captivated the crowd with his conscious lyrics and dynamic voice the crowd was definitely under true meditations during his performance.

Ajahfari left the mic hot for the beautiful Empress Divine who had the crowd whistling and cheering especially during her song "Natty Haffi Grow." A beautiful face and soul in combination.

By the time Juno Award winning Korexxion hit the stage he had to wear safety gloves because the mic was hotter than fire with the 3 previous performances. Definitely he sang out for the ladies when he hit notes higher than Mount Everest when he sang his hit track "My Vow."

We then had the headliner of our fundraiser Yami Bolo dubbed the legend in the dance hall the crowd drew in further so not to miss one single note when he began his performance with one of his most loved tracks "Isn't She Lovely" the place was engulfed with vibes the flashes from the camera's every hand was help up in the air recording the Bolo as he sang his heart out for Roots 96.1 FM.

Afterwards it was such a happy gathering everyone was just hugging and taking photos a real one love atmosphere as we enjoyed African Star play the right music that kept the crowd entertained and light hearted.

Although we had hoped for a bigger turn out at the event we could not asked for a better crowd we had Juno Award winning for 2018 as humble as ever Kirk Diamond, Juno Award winning Kaffinal, Puggy Simeon from Vibe 105 and the great Tony Anthony attend as well who came to support Roots 96.1 FM.

We accomplished raising $500 for Roots 96.1 FM and we are grateful to each soul for helping us to make this possible.

We are planning to this initiative in April 2019 and will continue to work to be a voice for the voiceless it only takes a spark to get the fire going.

Thank you every one from Beautiful Bold Women's Outreach Performance for making this possible and thank you to Roots 96.1 FM for allowing us to represent you in Canada.

Most of all we give all praise and glory to God who makes ALL things possible. 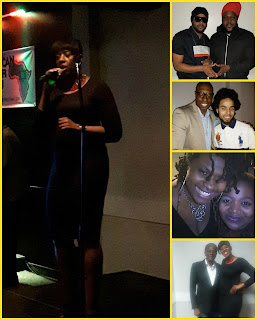 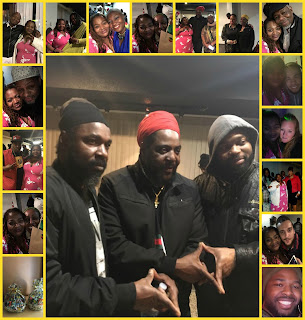