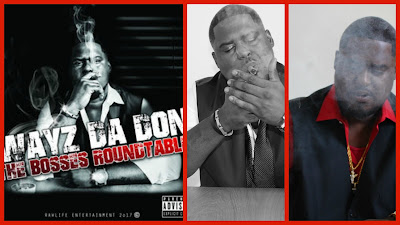 Way Z shared with us that he has been full fledged into the music industry since 2010 and was influenced by his cousin from that moment when he was captivated by his freestyle more than 20 years ago.

Way Z shared that he gravitated to the hip hop style of music because it was part of his culture.

Born and raised in Queens New York and also partly in Palm Beach Florida his musical environment consisted of a mix of Haitian music blended in with reggae and jazz music.

Currently Way Z has an album called "The Bosses Rountable" that is also accessible on Itunes that was actually his first solo album. Previous albums were produced with his partner Woody Kane. 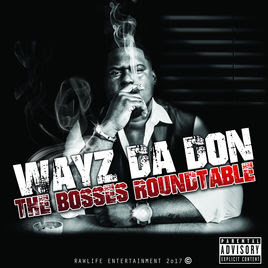 In conjunction with his partner Woody from Rawlife he also released an album in 2013 called "The Raw Report."

Some of Way Z's milestones that he shared with Island Beats was most recently his performance at the 4/20 Smoke Tour which was held in Denver and Phoenix on the Stoner Jordan 4/20 Smoke Tour.

Way Z mentioned that one of his most memorable performances was in Palm Beach for Dj Needlez Rock The Mic Show in 2015. Way Z remembers that the crowd was more than welcoming to him at that venue.

We asked Way Z to describe the challenges of airplay in the US for hip hop artists which he did say can be difficult at times due to politics. However he did say that there are outlets for Indie artists to receive airplay and that he takes full advantage of the resources that are available to himself as an Indie artist.

Way Z's talent has taken him to such places such as LA where he has made movies, Phoenix, Vegas, Denver, Washington D.C. Houston, Louisville and plans are on the way to touch the mic in many more places.

Way Z had some words of encouragement to upcoming youth's and artists he advises to remain humble and also to remain focused. He spoke passionately when he instructed the upcoming youth's in the industry to make sure that their surroundings has their best interest in mind and is also on the same page. In his own words he says "This Is A Business."

For 2018 Way Z has a few venues and endeavors in the making however wants it to be a surprise for his fans.

Way Z did share with us that he is planning to do a promo run through a few cities which he added that it would be cities that he would be seeing for the first time.

It was interesting to interview with Way Z a budding hip hop artist based in Atlanta, Georgia and Island Beats welcomes his talent and is looking much forward to his future endeavors.


For the hip hop fans out there you can connect and follow Way Z at the following links:

Big Up Your Self Way Z From Island Beats!!