The Toronto Black Film Festival was an experience to put it mildly. Island Beats attended the media launch in downtown Toronto and the previews of the films were literally breath taking.

The Rape of Recy Taylor endorsed by Oprah Winfrey was at the tip of everyone's lips it was an amazing film that depicted the story that took place many years ago and you felt as if you were walking down that long and dark road the night this tragic incident took place. 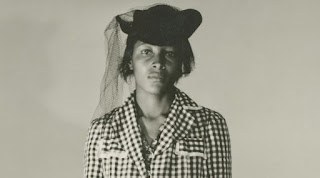 Island Beats was also able to speak with Emile Castonguay who shared with us that the Toronto Black Film Festival started in Montreal, Canada and has grown into a phenomena and is now based as well in Toronto. Emile also shared that anyone who wanted to submit a film for consideration was welcome to do so on their web site http;//torontoblackfilm.com

It was wonderful to speak with Allison the ambassador for the Toronto Black Kids Film Festival who spoke with pride and eloquence about the meaning of a black based initiative.

As well it was a great social gathering after the press release to meet and greet Anthony Farrell from Global TV news, Latin TV, Shelly Jarret, and, 2 Can Win.

Hopefully next year for those who enjoy film and learning more about black history through film you can always attend for 2019 visit http;//torontoblackfilm.com for more information.
at May 15, 2018