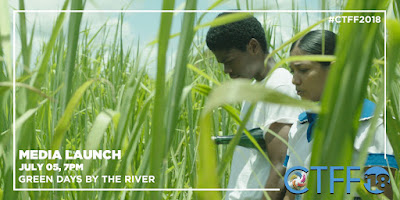 13th ANNUAL CARIBBEANTALES INTERNATIONAL FILM FESTIVAL MEDIA LAUNCH
Announcing over 30 provocative and political stories of the Black Caribbean experience
TORONTO,  __ 2018 - Just as the media world is on fire with strong voices of colour, CaribbeanTales will light up screens with provocative, on-point films that showcase the issues we all think about. At 7.00 pm on Thursday, July 5, 2018 at the Royal Cinema in Toronto, the scene is set for the #CTFF2018 Media Launch that will include a special Preview Screening of Green Days by The River -- and reveal the entire 2018 Program lineup.
Associate Festival Director Diana Webley says, “Our festival theme this year is ‘Light it up’. It's a call to action. A call to arms. A call to change. A call that’s been ringing out for a long time. And now Caribbean filmmakers are answering that call in force. To focus this global appeal beyond our Canadian experience, we are asking our filmmakers to shine their lights on all the changes in the world, to showcase their vision of change and to spread their message…..to lead the way.”
On hand to share their stories about CaribbeanTales, the films, and the year-long effort that goes into producing this film festival, will be a diverse selection of speakers: Denise Herrara-Jackson, Board Member of CaribbeanTales Inc., Shuja Khan, COO of FLOW, our festival’s Lead Sponsor, Frances-Anne Solomon, Executive Director, CTFF, as well as Nicole Brooks, CaribbeanTales Incubator Manager.
The featured screening: Green Days By The River is directed by Michael Mooleedhar. It is a coming of age film that brings Trinidad to life like no other. It is based on the beloved novel by Trinidad and Tobago’s celebrated author Michael Anthony,brilliantly adapted for the screen with sweeping cinematography and a memorable soundtrack. .
To learn more about CTFF2018 or about the history of CaribbeanTales’ impact on the film community, please visit www.caribbeantalesfestival.com or CaribbeanTales International Film Festival on Facebook.  *Tickets for the public to attend this Media Launch are available for purchase at https://bit.ly/2rMCsCu 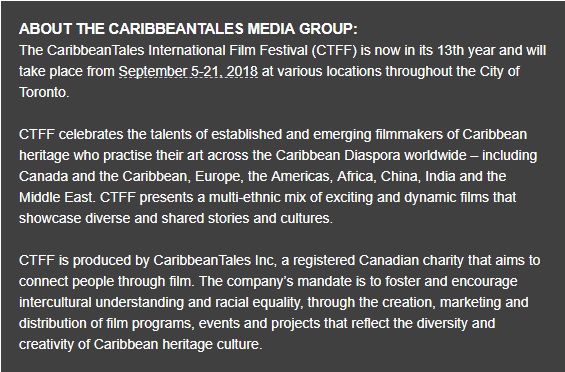