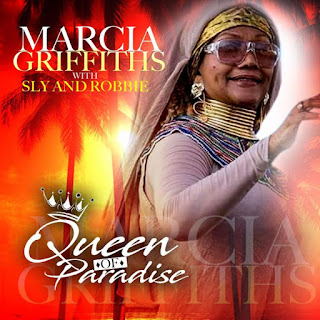 Veteran singer Marcia Griffiths is hoping to score with her latest single Queen of Paradise. The song is produced by the legendary duo of Sly Dunbar and Robbie Shakespeare.
'Queen of Paradise was written for me by Chronixx and it was produced by Sly and Robbie', said Marica in a media release.
This isn't the first time that Griffiths has worked with the famed riddim twins. Her 1996 album Land of Love featured the track Stay which was also produced by Sly & Robbie.
Griffiths who earlier this year signed with the Donsome Booking Agency for representation, continues to score hits on the South Florida and The Foundation Radio Network (TFRN) Reggae chart in New York.
In March, Too Good at Goodbyes, reached number three and number five respectively on the South Florida and TFRN charts. Last year she topped both charts with King of Babylon.
Griffiths recently performed at the Kaya Festival, Oxygen Fete series in Bermuda and the Love and Harmony Cruise.