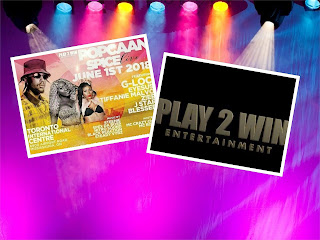 The Popcaan and Spice show was a night that will never be forgotten. Held at the international center in Mississauga the event started out slow and steady as the large space started to fill from wall to wall to take in two major dance hall artists and some of Toronto's most talented entertainers.

MC Crazy Chris and MC Bonde from G98 kept the crowd entertained and engaged in between acts from Eyesus, Tiffanie Malvo, Z!ee, Jstar.

The security and the Play 2 Win volunteers were most courteous and helped to direct people where to go and did a great job of keeping the crowd under control as well the engage the crowd even security had his shine on the stage.

By the time Spice joined the stage the adrenaline levels in the crowd was off the roof and the reception of Spice was like never seen before. Spice chose a random fan from the crowd to show his dance moves which he took the crowd by surprise. Not to mention Nutmeg and Cinnamon whose names suited them very well because they truly brought heat to the stage with their acrobatic style dance skills.

The most random aspect of Spice's heated performance was that she randomly brought a very shy Dj Bubbles to the stage to feature a momentum for the fluffy ladies in the crowd it was a night to definitely remember.

We then had Popcaan hit the stage and the crowd went wild to receive the main act of the night that the screams over powered the high voltage speakers that you could feel the bass force your heart to beat to the rhythms.

In particular when he sang "Never Sober." In Jamaica they have a cliche that says "little but talawa" and that is the description that would best fit Popcaan.

It was wonderful to take in the dance hall side of reggae and most importantly that there were different types of love for example the youth's that volunteered with Play 2 Win is an example how we can give back to our community and provide mentoring through music which is very honorable of Play 2 Win.

Island Beats loved the fact that the security staff and patrons were all young individuals who could gain experience in event planning and participation and not to mention add a notch in their belt that they attended up close and personal an event with two of the most popular artists in the dance hall sector.


Island Beats is looking forward to attending future events hosted by Play 2 Win, H.A.R.P. As well as Rodeo Promotions. We would like to give a special thanks to Ricardo Henry of Rodeo Promotions who granted us the opportunity to attend the event that was an ice breaker for the many upcoming events in Toronto. 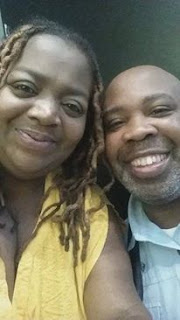 Dj Bubbles and Rodeo aka Ricardo Inside Vibe 105.5 FM 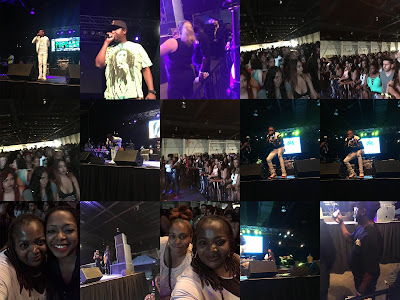