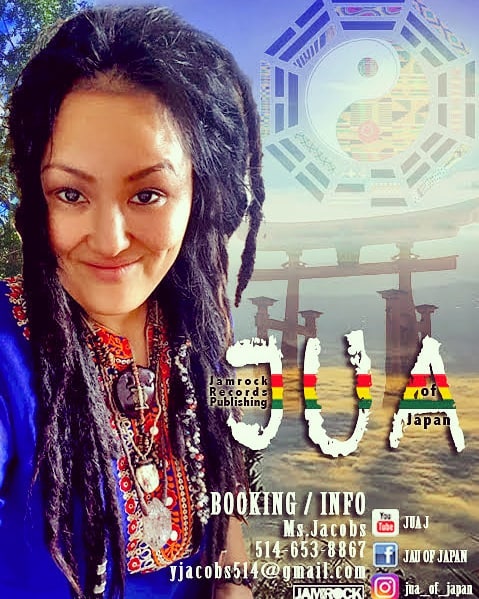 The name Jua in Swahili means "The Sun" and upcoming spiritual songstress Jua is definitely a spiritual artist from Northern Japan whose career is shining as bright as the sun.

It was such a pleasure to speak with Jua who started out in Northern Japan from the land that belonged to the indegenious people called North Ocean Road. Jua explained that her spiritual connection is a very strong one for this particular reason.

On a musical level Jua shared that a strong force compelled her to put the spiritual messages that she received to a melody and thus was the gateway to the lovely Jua in the world of music.

Jua's music is indeed very rare as it is a combination of her Japanese cultural back ground fusioned with the reggae tempo.

Jua shared with Island Beats that she always loved music and was exposed to different genre's of music because her parents listended to different styles of music such as latin, Caribbean music which is why her passion for music is not just designated to one genre.

Jua always knew that music was part of her destiny however two years ago is when she put the many songs that she wrote herself  to sound.

Dub School Montreal was Jua'a introduction to the world where the Montreal massive was blessed to see her live performance inside the Zaz Bar on July 4, 2018.

Jua is not only a talented and rare musician she also own the beautiful Tico's Temple in Montreal which is an art studio where she does hair, nails, and also teaches Qi Gong which is a form of martial arts in combination with meditation and internal enhancement to the body, mind, and, soul. Tico's Temple also hosts events such as poetry night, drum sessions and much more. 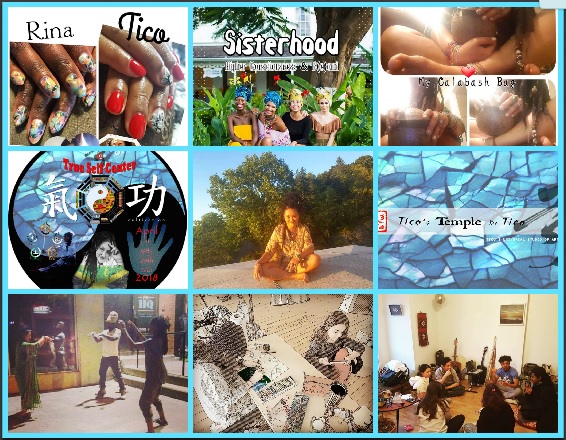 Jua's mission is to convey through her music a message to each person as an individual that we are all special in our own way and also to provide encouragement using the platform of music and to also break the barriers that has developed between women and eradicate jealousy and increase unification and also to remove the need to be competitive with each other as women and to replace it with working together as sisters.

It is very rare to meet one with such a selfless mission. 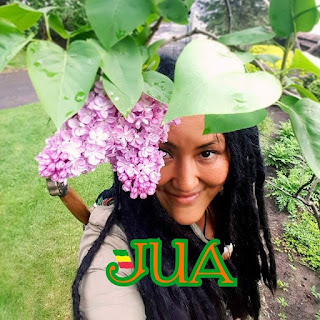 Jua will be coming to Toronto for an exclusive in studio interview with Ras Morgan from Roots Reggae Radio on July 27th, 2018.

Currently Jua is being managed by Yvonne Jacos of Jamrock Records and all bookings can be done through Jamrock Records:
514-653-8867
yjacobs514@gmail.com

To follow Jua and stay in the loop with this rare beauty and her musical career follow at:
Facebook Fan Page
@jua_of_japan
Jua says to the massive Higotsu Ai = One Love