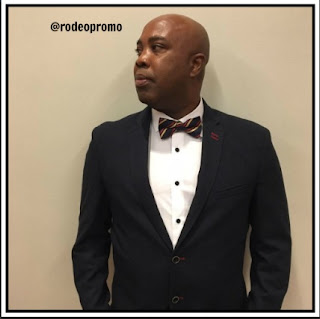 A vital part of the music industry for all involved in the music industry is the coordinators who plan events to help bring great music and entertainment to the people and also serves as a catalyst for the artists who perform to be able to showcase their talent to fans and even make new fans.

Island Beats spoke with Ricardo of Rodeo Promotions who took back into time when he shared with us the genesis of how his journey began as an award winning promoter in Toronto.

Ricardo took us back 20 years and began by sharing with us his distaste in what was back then a terrible epidemic where promoters would bring artists to the city of Toronto and not pay them or keep their word in terms of deliverance of a venue due to the lack of compensating artists for their performances. This was applicable to both local and international artists.

This trend was such a crisis that it was aired on the radio in which Rodeo called in as an anonymous caller and vowed over the air to invoke change in the promoting business in Toronto.

Ricardo gave Island Beats the story of his very first event which took place in a three bedroom apartment in the city's west end. A friend of his was moving out and allowed him to use the empty apartment to host what he thought would be a small house party.

As described by Rodeo he put his God given skills to work and began to create a buzz by getting the word out about that house party.

It was actually during the planning of this house party that he was given the name that would become a household name for his business "Rodeo." Ricardo divulged that when he went to print up a few fliers he was asked by the graphics designer the name of his promotions company and he shared that due to the fact at the time he was driving a Rodeo truck it was suggested that he call his entity Rodeo and thus was the creation of Toronto's Rodeo Promotions.

Although Ricardo said that his first bashment was to be a small house party he never imagined that the event would result in crowds of people lined up from two floors below the apartment to come in and party based on his promoting skills people gravitated and wanted to take part of this amazing event.

With Vibe 105 FM's DJ Wiz and Eclipse sound the party sky rocketed and that was the moment Ricardo knew that event planning was his higher calling.

Ricardo's first official event he shared with us was with KRS 1 which was held at the Opera House in Toronto which also included Mad Lynx, and Grand Master Flash from The Furious 5.

By this time Rodeo Promotions was in full swing delivering huge shows whether it was hip hop, reggae, dance hall and including comedy shows and even festivals. Event planning was definitely Ricardo's motivation.

We asked Ricardo to joggle his memory and tell Island Beats his biggest event and he shared that it was an event that he planned in 2017 that drew in a crowd of approximately 14, 000 people which seemed like one of his greatest mile stones.

Through out the years Ricardo has partnered up with the Montreal International Reggae Festival and also The Best Of Miami to bring dynamic events to the masses.

Ricardo's knack for promoting major events in the city of Toronto has not gone unnoticed in 2015 and 2017 Ricardo won an award for being the Canadian Promoter of the year also another milestone in his tenor of promotions.

We asked Rodeo what he gains from major event planning and he expressed that it is his love for the people and the love of meeting new people and also the joy he gains from seeing people have a great time and also his pledge that he made more than 20 years ago to change the game in promoting events by making sure that any artists booked on a Rodeo Promoted venue is paid for their performances.

We also wanted to know what Ricardo's vision was and also what was his major goal in the promoting industry and he shared that it would be his ultimate achievement to to promote an event at the Air Canada Center and also operate on a corporate level where he would be valued enough to be considered a corporate entity. In his own words he said that would be the point where he would know that he has reached the pinnacle of his endeavors as a corporate level promoter. 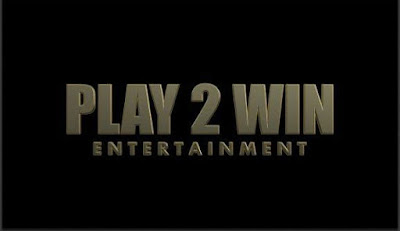 Island Beats has had the pleasure of attending a few of Rodeo Promoted and coordinated events such as the Hurricane Relief fund raiser that featured Taurus Riley, Dean Frasier, Allison Hinds, D Major, and, Christopher Martin. As well the Keysha Cole event at the Polson Pier, and recently the Popcaan and Spice show as media personel.

For the rest of our summer of 2018 we asked Ricardo what was on the docket for another spectacular event and he let us know that there is a huge event upcoming on October 19 but will be a surprise for the massive as well he also shared August 28th the Ganja Festi, Ishawna who will be coming up for August 5, the Caribana Experience all lined up for the next few months and not to forget September 1st Fresh Fest which will feature the Gully God Mavado and other icons in the dance hall.

All in all Ricardo says he loves working with people even collaborating with other agencies that also bring great events to keep the entertainment scene alive and vibrant and his passion for people and meeting new people keeps him doing what he loves to do best.