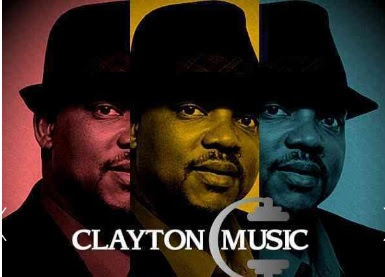 Clayton C born and raised in Portland, Jamaica is now based in Toronto, Canada.

Clayton C began testing the musical waters since he was in Jamaica on a small sound system call Symphonics.

Clayton always had a passion for music and in combination with his unique smooth vocals it was not long before his family and friends urged him to share his voice with the world.

Clayton C's biggest inspiration through out his musical journey is the late great Maxi Millian of Toronto.

Clayton C has left his mark in the industry with tracks such as On Fire, Love Like ABC, and Call Me which received air play as far as the UK and also Amsterdam and Jamaica.

Clayton C has returned from a sebatical from the music industry to further discover himself on a musical level and also enable him to write music and strengthen his career so his fans can expect some powerful tracks which are already in the works.

Based in Toronto Clayton has always been one of the top reggae vocalist and has performed on festivals such as Durham Caribbean Festival not only once but twice, as well he graced the stage at the Jamaica Day Celebration and he was also nominated for an award at the Reggae Music Achivers Awards with the late Delroy Sterling for Best New Artist  in addition to this he was also a nominee for the Canadian Reggae Music Awards for Best Upcoming Artist and Best Male Artist.

Clayton C is no stranger to the Toronto Reggae fraternity as he has performed at several venues  and has also shared the stage with reggae icons such as Queen Ifrica, Tony Rebel, Errol Dunkley, Leroy Sibbles just to name a few.

Clayton Cis highly recognized in the Canadian reggae industry for his smooth yet powerful voice and trend of deilvering clean reggae music.

Clayton C has recently released a track call "I Feel So Free" and the track speaks for iteself a lovers rock track which is already becoming a hit especially with the ladies.

The massive has received Clayton with love and are anxiously awaiting his new tracks which will be released one by enjoyable one.

The track "I Feel So Free" was produced on his very own label Amondojah Production.

We can expect to hear more meaningful and memorable tracks from Clayton C as his plans are to create more tracks for his fans and also produce some videos as well for the massive to enjoy.