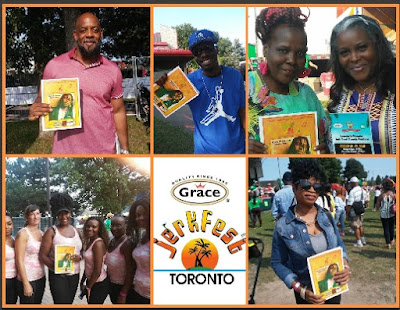 Island Beats first time experience at the Grace Toronto Jerk Fest of 2018 was an amazing and gratifying experience.

Island Beats attended the festival accompanied by Jannette Lumley the host of Reggaelution On the Move and had an amazing time as well with Stefi T the designer as well.

The moment we entered the festival grounds you could feel a relaxing vibration just take over completely. It was wonderful to survey all of the activities for the children near to the entrance of the festival and also bask in the volume of a family suitable atmosphere.

Island Beats first stop was the TD stage in which the founder of Jerk Fest Anthony Plummer told us in our interview before the festival that was designed to showcase Canadian talent.

We were very lucky to take in all the way from New York Marcia Barnes who captivated the crowd with her rendition of classic reggae songs such as "If I Had The Wings Of A Dove" and much more.

Marcia Barnes also provided Island Beats with a mini interview where she divulged that her brand new album entitled Ever Lasting was available on Itunes, Spotify, and all the other major music online outlets for preview and for purchase. 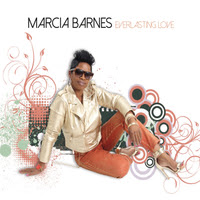 Island Beats also met the lovely Denise Herrera the acting Chief Executive Officer of Toronto's Caribana Festival who had a few words with us and in our exchange of those few words it was discovered that Ms Herrera was actually from San Juan in Trinidad the exact same place where DJ Bubbles father originates from. 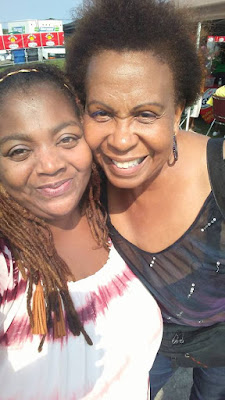 We then proceeded through the festival grounds and was grateful to have a chat with Peter and his wonderful father from Got Skills Canada https://www.gotskill.ca/ who gave us a little history on why Got Skills Canada was created. After our interview we researched the web site and was extremely impressed that Got Skills charity partner was MADD abbreviated for Mothers Against Drinking and Driving.

For those who may not know Got Skills Canada distributes games that involve skill games that are both fun and involves using your mind. As per the web site Got Skill says its a win-win outcome for those who play at the slots that are situated in bars, pubs, and other places and even MADD Canada. 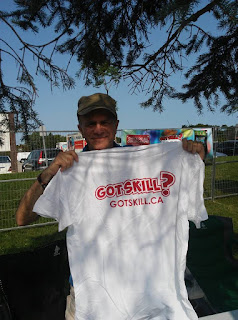 It was great to see Natasha Von Castle of L3 Magazine an international magazine and also her wonderful son King Henry and also meet for the first time Miss Stefi T who is a very talented graphics designer. 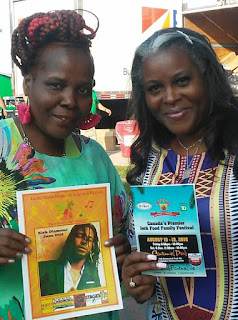 The crowd by the big stage did not stop moving their bodies for one moment because Spex Da Boss of G98.7 was on the turn tables and heavily molded into one with his selections that had one singing song after song and jumping with jubilee with every song he played.

As well MC of the night on the big stage Kerry Lee Foster also of G98.7 engaged the crowd both on and off the stage it was such a wonderful vibe you just had to be there to relate.

In the VIP area Island Beats was able to meet and chat with Leroy Brown, and, also Clement Gordon from Jamaica the two were a combination of friendliness it was more than a pleasure to meet them both. 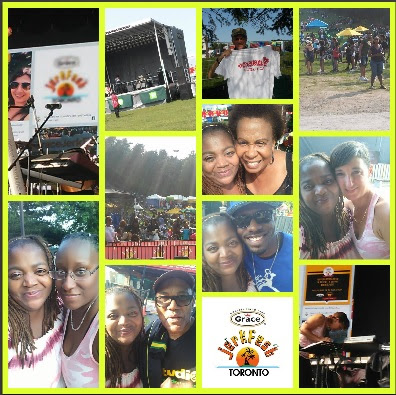 As well for the first time ever Island Beats had the opportunity to take Toronto's one and only all female reggae band called Rayzolution who had the stage on fire it was a wonder there were no fire fighters called into cool down the heat they invoked with their performance.

As well we had a chat with the band after and it was an honor for these more than talented ladies to endorse Island Beats Magazine. 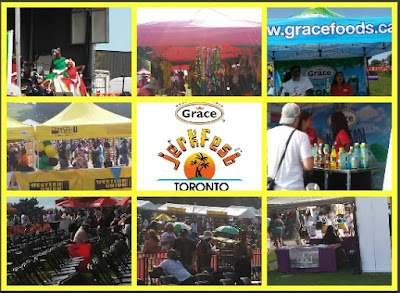 In between Island Beats was able to tour the festival grounds and taste the coconut water samples that were provided to all that attended the festival and also see the grills where the jerk off contest would be hosted on day two which would be Sunday August 12, 2018 it was marvelous.

In terms of the food there was not one person that uttered a complaint about the delicious food that was for sale at the festival from rice and peas, to jerk chicken, fish and even a vegan menu the food also played a major role in bringing more and more people back to Toronto's Jerk Fest the first Jerk Festival to be launched in North America since 2002.

Fab 5 presented such a performance taking us down memory lane with hit after classic hit that mother nature realized with the heat Fab 5 delivered on the stage that she sent down her rain to avoid a volcanic eruption.

Despite the rain Fab 5 was so amazing that the crowd sang along even while the rain came pouring down.

Island Beats only regret is never attending previous Grace Food Toronto Jerk Fest's. The festival was well organized, there was not a frown on anyone's face it was great to see even the police engaging with everyone in the crowd there was no room for any confrontations.

Massive it is the reccomendation of Island Beats to support this Caribbean movement that has an inclusive environment to see different people coming from different back grounds celebrate in Caribbean culture was such an amazing sight to see.

To research more about the Grace Toronto Jerk Fest you can visit http://www.jerkfestival.ca/ become involved support the showcasing of our Caribbean culture not only with Caribbean descendants however with the Canadian community on a whole.

Island Beats would like to thank Courtney DeCaire who coordinated Island Beats attendance and also Mr Anthony Plummer for his pre festival interview with Island Beats.

We are looking very much forward to attending in 2019.