It was amazing for Island Beats to interview with the founder of the very first Jerk Fest in North America Anthony Plummer.

Anthony Plummer was easy to talk with and provided Island Beats with the history of the Jerk Fest in Toronto, Ontario that has been in operation since 2002.

It all began as per Anthony out of boredom Anthony shared with Island Beats.

Anthony having migrated from Kingston Jamaica in and around 2002 took up soccer as an extra ciricular activity made a simple inquiry about Caribbean events because at that time the biggest Caribbean event during the summer time was Caribana.

The biggest inspiration was Mr. Plummer's question to himself was why there was a Taste Of The Danforth which represented Greek culture in terms of food and music while there was no Jerk Festival which is one of Jamaica's most common dishes.

It was at that time that Anthony Plummer received his calling to present to the Caribbean community the very first Jerk Fest in North America.

Although his innovation to share the Jamaican culture within the Canadian community was one of innovation and would progress into one of the major events in Toronto for the summer in the beginning his mission was alow. 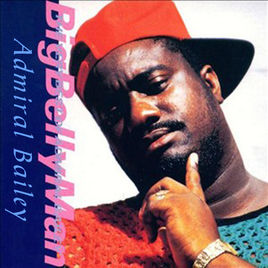 Anthony shared with Island Beats that there were some barriers that served as a hindrance such as financial barriers and a lack of government funding to facilitate the festival however that did not prevent Anthony and his team from giving the Caribbean community a chance each year to celebrate Jamaican heritage through food, dance, and, performance.

To this day although the festival has grown tremendously Anthony advised that financial barriers can still serve as a slight barrier in terms of the costs involved behind planning the event such as the cost of renting the park, having security present, however with the assistance of Grace Foods which is a titled sponsor for the event in combination with TD Bank, Western Union, and, the Victoria Mutual Fund, Anthony is able to view the challenges as a labor of love he says.

Anthony shared with Island Beats that he endeavors to accomplish his vision by showcasing the musical talent in the Caribbean community through Jerk Fest and also to showcase the many culinary treats such as Jamaica's infamous jerk chicken and more and also to create a friendly atmosphere to the Fest free of the fear of violence which is what is projected through the continuous acts of violence that can occur within our Caribbean community.

Anthony hopes to eradicate that stigma of violence being a part of the Caribbean culture by shifting focus to the talent and positive contributions that a great deal of members of the Caribbean community make which can often go unrecognized.

For the last 17 years Anthony although deriving love from his labor as he states in his own words it has been a challenge to see equality and non biased reaction from the media in terms of the fact that main stream media can present obstacles and make even more difficult to provide the same media exposure main stream as would other culture based festivals.

Anthony shared that Jerk Fest is a part of the Black Coalition of festivals which included Jambana, Caribbean Carnival, Rasta Fest all which have come together to share their best practices and also to lobby to the government to gain recognition and also to access more funding from the government to be able to continue to present a spectacular festival experience not only within the Caribbean community however to also practice diversity and sharing the wonders of the Caribbean culture within our Canadian society.

Anthony and the Jerk Fest team has made a committment to continue to fight to break down the barriers and present a team dedicated to caring for the community and increasing positivity within the Caribbean community and also recognition of those who work hard every day to be a positive asset to the community in general. 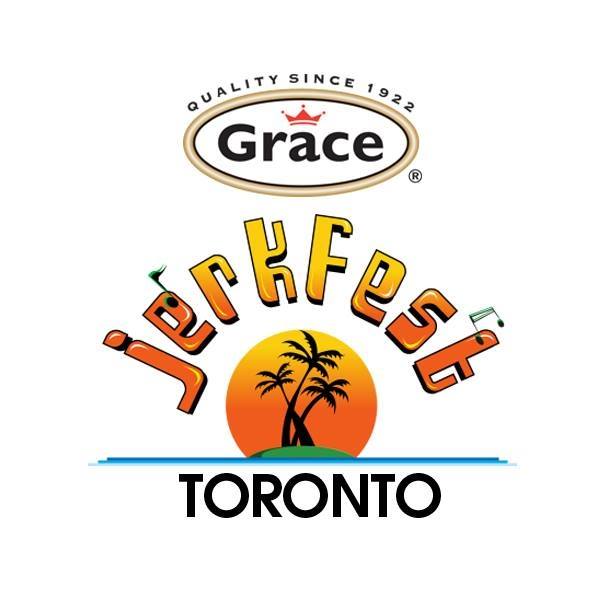 Toronto's Jerk Fest also serves as a catalyst for local reggae artists to showcase their talent as well on the Jerk Fest and Canadian based reggae talent are advised to submit their music to be considered for a spot on the Jerk Fest here in Toronto.

The TD stage at the festival is designed for local talent to increase exposure to their talent and ultimately assisting in furthering their music career.

Island Beats asked Anthony the best time for artists to submit their music and port folio for consideration to perform on Jerk Fest and he advised us that the best time would be in January something local artists should bare in mind.

The Grace Jerk Fest for 2018 has created a big buzz this year the festival is set to launch off on Thursday August 9th with a boat cruise which will set said at 7 PM for two people or more the cost is $45 per ticket, and for single tickets  who wish to cruise with the Jerk Fest crew for a 3 hour ride hour cruise that will circle the stunning Toronto harbour the cost is $50.

The cruise will feature from G98 Spex Da Boss and also Chaka Demus & Pliers as well as Toronto's Melanie Durrant.

Friday In The Park starts at 5 PM which will feature Grammy Award Winner Fantasia who is also known for her American Idol victory. The massive can look forward to Toronto's very own sonngstress Melanie Durrant who will be opening for Fantasia on Friday.

Saturday and Sunday's events start at 11 AM straight through until 10 PM at Centennial Park in Etobicoke. 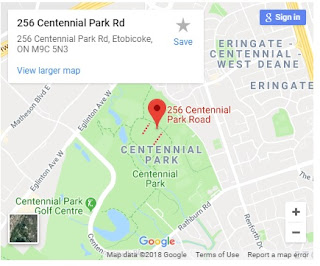 The talent for the week end festivities include Chaka Demus & Pliers, the all female band Rayzalution Band, Fab 5, The Spice Island Dancers, Veshone, Richie Flow With The Band Now this is just to name a few. 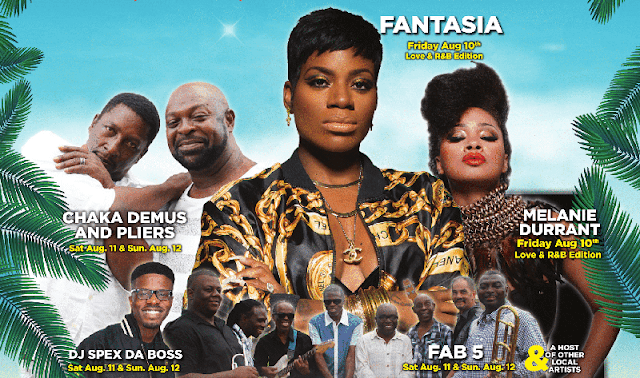 Hosting the festival will be Kerry Lee Foster from G98 and Carrie Mullings of Vibe 105 FM and music provided by DJ Wayne.

Not only will the entertainment be as hot as Jerk Chicken there will be contests such as The Grace Hot and Spicy Jerk Eating competition, and also The Grace So You Think You Can Jerk Competition, and the Drop A Six Domino challenge.

There is also a Kid's Zone where the children will have a chance to meet Caillou and The Care Bears making the festival a family oriented environment and a fun time for all.

Since 2002 because of a random act of boredom and passion for his Jamaican heritiage and culture in all aspects Anthony Plummer continues to over come all the barriers and obstacles to continue to bring us the very first Jerk Fest in North America that has inspired other communities including the USA to showcase the best of our Jamaican culture.

Island Beats is looking forward to seeing you come out and support this great festival and be a part of changing the stigma attached to the Caribbean community.

Island Beats will see you there in closing we also want to thank Anthony Plummer, Courtney DeCaire and the rest of the team that works hard all year round to make Jerk Fest in Toronto a success for having Island Beats and also for making a difference in our community.