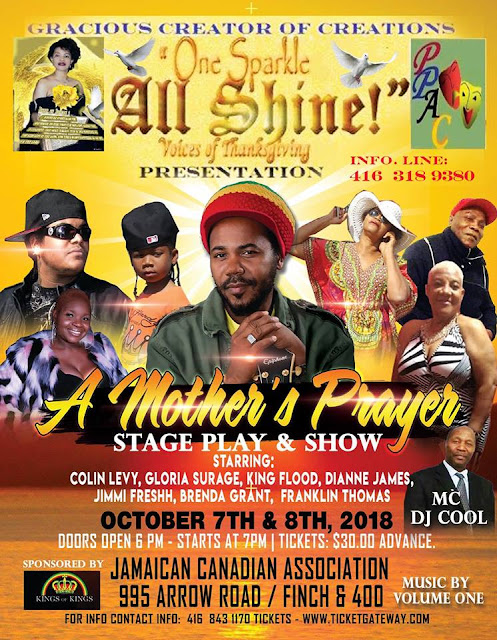 The play "A Mother's Prayer" was put together by People's Performing's Art Centre in Toronto.

Island Beats had the privilege to take in the play on the first night out of the two nights during this Thanksgiving week end here in Toronto, Canada.

The play was evidently a heart felt play depicting the life of every mother out there the sacrifices made, continuously putting her children, husband, and household before her own needs. The feeling of neglect and not being appreciated.

The play was simple and so surreal you could hear attendee's in the crowd literally relating to how it can feel for a mother to become burned out baring the struggles of the family.

The play could not have come at a better time than Thanksgiving week end because quite often a Mother can be so easily taken for granted as a mother is the one in the family that holds the family together and sadly not noticed until she is either gone or unable to be there any further.

In the end the conclusion is that a mother is blessed with a special role by the Almighty the one who bares life and the one whose prayers do not go unanswered.

Island Beats suggests to Toronto and the surrounding area to take the chance and take in the last night for "A Mother's Prayer" it was such a touching, funny, and amazing performance that many are coming back tonight October 8, 2018 to see it again.

Hats off to Gloria Surage and the crew for an outstanding performance and not to mention the Volume One sounds for such an amazing production.

The door cover is $30 and is rated G you can bring your family tonight this Thanksgiving and give Mom a break.

It was wonderful to see the community come out to support the play and production we saw DJ Cool, Traffic Man Tony who just celebrated his birthday Janet of Rasta J Radio, Cora Reid from the Black Rose movement, Devon Haughton CEO of Yowronto, and the lovely Sandra Bashment from Bashment Botique. 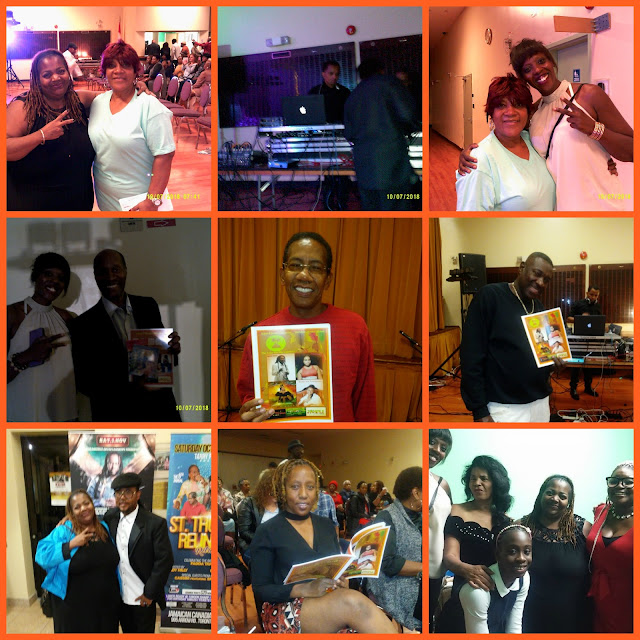