Inside the Boxing Loft at 86 Elm Grove it was a musical historical and rootical vibe combined into one experience like no other.

The doors were open to the community to come and hear the genesis of Canada's Legend and Queen of Hip Hop "Michie Mee."

The Feel Reggae movement began with Julian King the founder of Canadian Reggae which he piloted to allow those who love and embrace reggae music to also connect with their inner passion for the art of reggae within.

On the 4th Saturday of each month Julian hosts the event and the movement has seen legends such as Carl Harvey and Lazah Current both former members of Canada's first major record label band called Messsenjah and Canadian 5 time Juno Award winner Exco Levi.

This last Feel Reggae seminar was a tribute to the legend of Canadian Hip Hop Miss Michie Mee who took us back into time to share with the massive where she started from.

Of Jamaican descent Michie migrated to Canada in 1976 ironically in the same year that Julian came to Canada not knowing that as they both left the warm island of Jamaica that their path's would cross and in such a powerful way.

At the age of 14 Michie Mee began to put A and B together with a rhythm and surprisingly not reggae rhythm's.

Michie shared with us the hustles and the struggles that she went through before she rose to claim her crown as the Queen of Canadian Hip Hop.

Growing up in the North York area Michie shared that she like the other residents of that region was made to find a way to stay above water by finding a way to generate extra income on the side.

Musically speaking Michie would find a way to share her raw born talent in rhythm and rhyme in which she finally found her spot in the spot light. 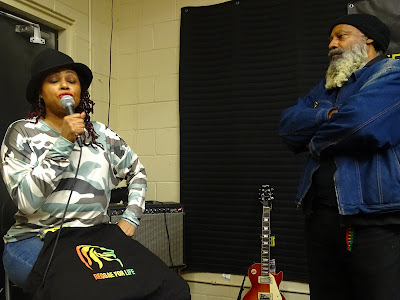 Not only did Michie reign as Canada's Hip Hop Queen in the big bad north in Canada she was also the first female to be signed to a major record label outside of Canadian perimeters.

All the days of hustle and struggle did not go in vain Michie opened for artists such as Salt-n-Pepa, Sinead O'Connor and even one of the I-trees Judy Mowatt.

As well she had her experience in the film industry we saw her in Drop the Beat as Divine and in the film My Baby's Daddy.

Michie also won a Canadian Juno Award in 1992 for best female rapper of the year these mile stones are just to name a few.

In the 80s to 90s era grants such as Factor and Socan did not exist which made being in the music industry that much harder in terms of funding to share in the costs of promotions and other costs that artists have to face.

It was phenomenal to see how reggae played a vital role in Michie's career in music as she always found a way to infuse her native culture into her her hip hop performances and in such a subtle way.

We also learned at the December Feel Reggae Seminar that although like Michie Mee and many others that Caribbean artists are not compensated the way that they deserve which a sad case to see especially for Michie Mee who introduced Canadian talent to the rest of the world to see.

It was honorable to learn that despite certain set backs that Michie Mee has not hung up the mic for good as she shared that in 2019 that her album would be released entitled "Bad Gal's Revenge."

Additionally that she would also be releasing a track recorded with Tonya P of Toronto as well.

Michie Mee captivated the attendee's at the December 2018 Feel Reggae seminar as she enamored the massive with songs such as Don't Wanna Be Your Slave and Jamaican Funk. 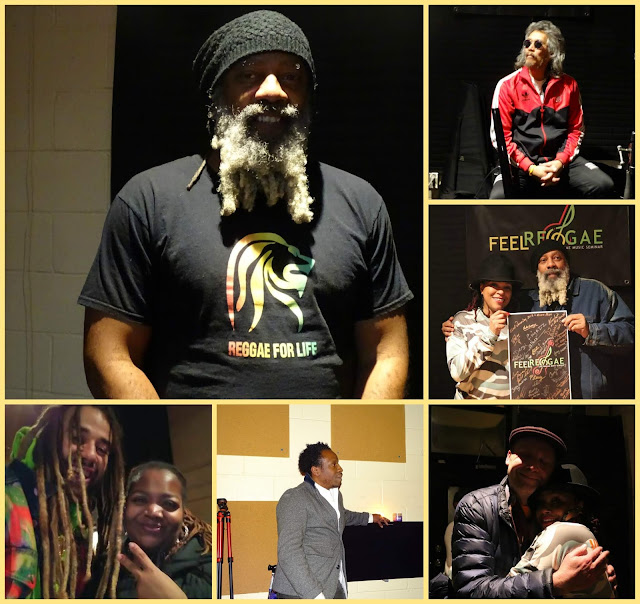 There was an open panel which gave the attendee's an opportunity to ask their questions and get to know about Michie Mee which was extremely informative.

Julian King the founder of Feel Reggae has started a great movement in the reggae community by not simply just hitting the play button on a sound system however showing the community how to connect with the feeling that reggae music brings.

We have learned to love is to feel and without that love and feel something major would be lacking because one can't go without the other.

The moment you stepped into the loft from the cold you automatically felt warm not just in body temperature but from within.

With the lovely well seasoned soup and the rum and egg nog and home made cookies being served with no cost as at all it was the greatest way to end 2018 in an atmosphere filled with genuine love, music, and laughter.

One has to attend the seminars to relate to that feeling.

Each and every week Julian King publishes a news letter which is enriching and also educational.

The last Feel Reggae seminar of 2018 had a special touch as Island Beats met David Kingston one of the pioneers in Toronto to incorporate reggae music into the Canadian music sector with the first reggae show on CKLN in Toronto.

As well attending were some of the members from the Mountain Edge band we also saw Michael Garrick come through and Louis March founder of the Zero Gun Violence movement here in Toronto as well.

The monthly Feel Reggae seminars could not have had a better title "Feel Reggae" because when you experienced that feeling its a feeling that can never be pretentious like a contagious spark of love with no boundaries. 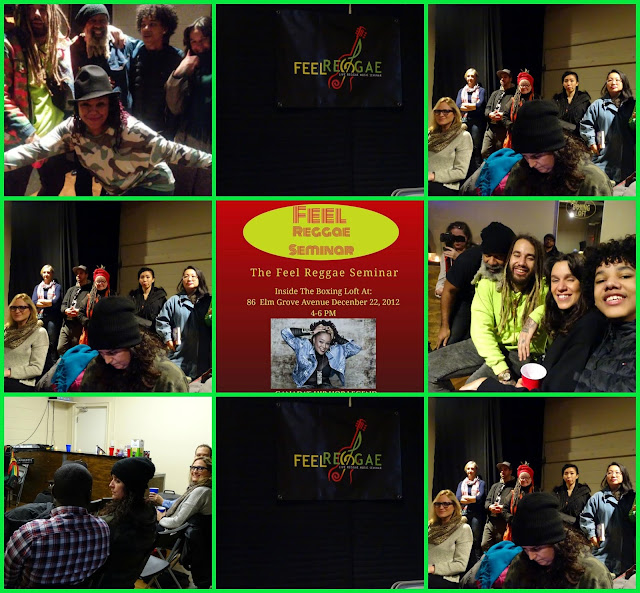 Island Beats would like to take this chance to salute another member of our community who opens his heart, the loft, his pot of soup to invite everyone in and expecting nothing in return.

As well we are excited to hear the new Michie Mee album "Bad Gal's Revenge."

You can freely support Julian by logging on to: 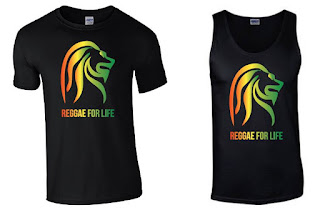