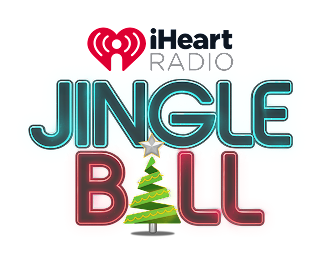 Island Beats was over joyed this 2018 to attend the second annual iHeart Radio Jingle Ball in Toronto inside the Scotia Bank Arena.

A great way to set off the month of Christmas holidays.

The moment we stepped into the arena it was just an atmosphere of the on set of celebrating the holidays the Canadian way.

After Island Beats was escorted to their seats it was an amazing two hours of Canadian talent one after the other. 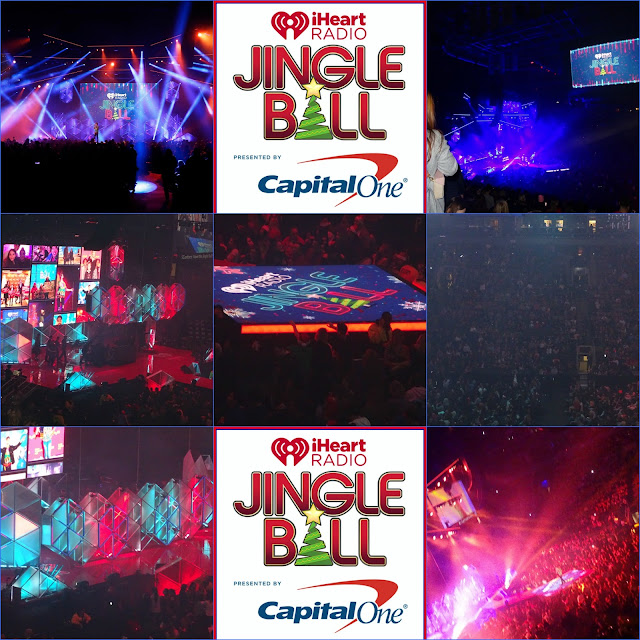 The host with the most Tyrone Edwards from BET Canada kept the crowd  entertained between the performances and did a great job at getting the audience amped just in time to greet Elijah Woods and Jamie Fine on the stage who did a wonderful performance of their breaking hit 'It Ain't Easy" and "Better Off." 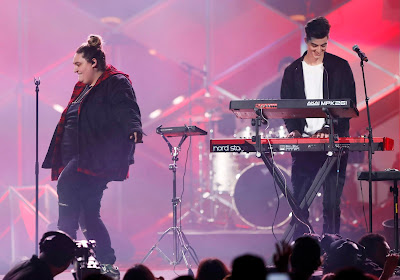 The heat that Loud Luxury left on the stage caused many to remove their jackets and double check that we were still in the month of December due to the fire that ignited the stage with their performances.

England's Dua Lipa dressed in red had standing ovations after each song she performed with her amazing back up dancers she showed Toronto what England can do musically. The Albanian born pop singer really took a hold of the crowd inside the arena. When Dua performed her track Electricity her energy electrified the crowd a great addition to the Jingle Ball's line up.
Brampton Ontario's very own Alessia Cara did an outstanding performance at the Jingle Ball as well. With her live performance of "Scars To Your Beautiful" was just as the song says BEAUTIFUL. The impact of the song was even more powerful with the song's video playing in the background allowed you to feel it to the soul. The song was an encouragement to women who are made to feel as if they are not adequate enough due to their physical appearance and you could feel the emotion as she sang out the song on the stage a very motivating performance. To top off her segment on the stage she sang a Disney song which was the right touch to create an aura of festivity.
During the intermission Scott Borchetta and Quebec's Marie-Mai updated us on the new additions to CTV's The Launch which included Bryan Adams, Nile Rodgers, Ryan Tedder, Bebe Rexhall and they also let us know in the video clip that they were gearing up to launch 6 new singles on the show. So Canada get ready for season two of The Launch on CTV.

Delaney Jane who also performed at the 2018 Jingle Ball had a hold on the crowd she was on point and set off smoke clouds as well on stage.

Lauv whose name is pronounced 'Love" an amazing RnB type of style artist softly powered up on the stage and was a sensation to the line up at the ball.

The crowd roared with a mighty force when Khalid stepped on the stage at the iHeart Jingle Ball. With his two back up singers there was not one person who stayed in their seat many were singing along and had their phones in the air so as not to miss one single bit of his time on the stage you could see why the masses were anticipating that glorious moment when Khalid dazzled the stage. Although there were many lights of decoration and visual effects its safe to say that Khalid was the light of the party.

Roger Ashby the morning host of CHUM FM 104.5 also bid his farewell who as of Wednesday will be retiring from the morning show after 50 years of service to the station.

It was a unique and right time for Jamar McNeil to be introduced to Toronto who will continue to co host on the morning show.

The iHeart Radio Jingle Ball 2018 was a great way to set off the holidays the Canadian way.

Island Beats truly enjoyed learning more about Canada's pop and rnb artists and other artists from the US and yes even England.

Island Beats would like  to give Bell Media's Rachael a big shout out for ensuring our attendance and the rest of the Bell Media team for having us.

We look forward to next years iHeart Jingle Ball and wish one and all a wonderful holiday season.

To check out the line up and location log on to: