The festival allocates €26,000 to the humanitarian rescue NGO Proactiva Open Arms, half of which was raised through its reusable cups system, and supports the work of Proemaid with a further €5,000
Stand Up For Jamaica, the street seller “Mantero” Union, Café de las Sonrisas and ProGat complete a balance that puts the finishing touch of solidarity to a special year, its 25th anniversary. 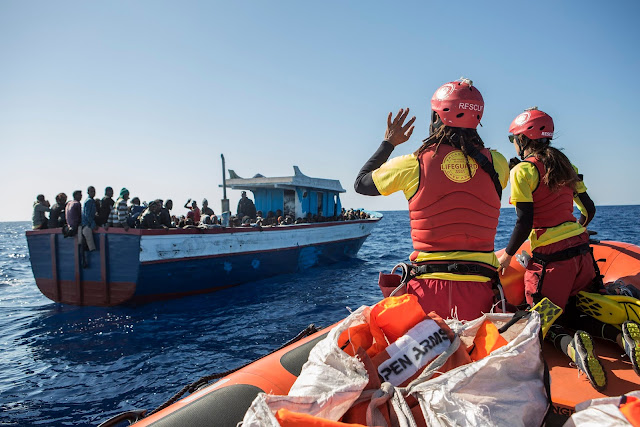 The festival allocates €26,000 to the humanitarian rescue NGO Proactiva Open Arms, half of which was raised through its reusable cups system, and supports the work of Proemaid with a further €5,000
Stand Up For Jamaica, the street seller “Mantero” Union, Café de las Sonrisas and ProGat complete a balance that puts the finishing touch of solidarity to a special year, its 25th anniversary


Benicàssim | Wednesday, January 2, 2019
The international reggae festival Rototom Sunsplash of Benicàssim (Spain) sees out the year by confirming its strong social commitment. The event closes the celebration of its 25th anniversary this 2018 by directly supporting six social organizations and entities that work to add justice and equality, to the world. Proactiva Open Arms, Proemaid, Stand Up For Jamaica, the street sellers union “Sindicato Mantero”, Café de las Sonrisas and ProGat puts the finishing touches to a special year for the festival.

Two of the entities to which the Rototom Sunsplash, through its non-profit organization Exodus, has extended its social action have as a priority the humanitarian rescue of people who risk their lives every day trying to reach European coasts, across the Mediterranean. These are Proactiva Open Arms, which with the €13,000 raised through the reusable cups system implemented in this edition, along with the other €13,000 added by the festival, will initiate the project 'Protection by presence, humanitarian rescue and citizen dissemination. The emergency response to the humanitarian blackout in the Central Mediterranean.' A project that will allow the organization to continue fulfilling its promise to leave a single life adrift "and in which various actors of civil society participate in the same way that we have done from Rototom", the macro-reggae event explains.

Proactiva Open Arms affirms that initiatives such as the Rototom cup collection campaign "allow us to continue with our promise to not leave a single life adrift. Thanks to the donations, we can continue with our rescue missions in the Mediterranean, "which so far this year has already seen almost 2,000 people die.

It is joined by Proemaid, which focuses its work on the search and rescue of people at serious risk at sea. The NGO plans to charter a new ship in the Central Mediterranean. The €5,000 contributed by the Rototom Sunsplash will serve to support this project. 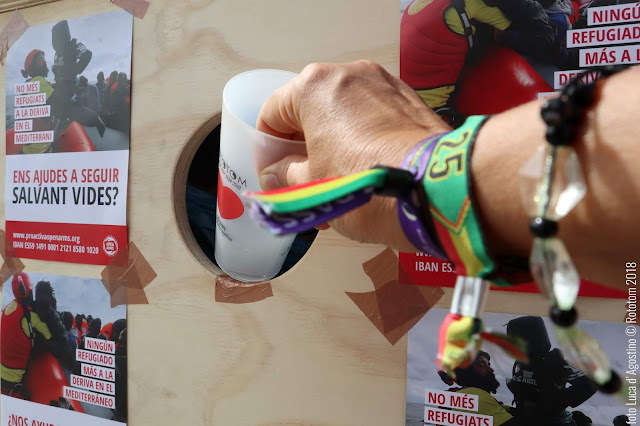 The reusable cups system implemented in this edition.

The bonds of solidarity that extend from Benicàssim to the rest of the world also reach Jamaica. Specifically, to the entity Stand Up For Jamaica, which provides attention to vulnerable groups at extreme risk of social exclusion and that with the €5,000 received will acquire books, computers and school supplies for the 80 students of the school, and will also help with the cost of their exam fees to ensure their right to education.

Without leaving Latin America, the Café de las Sonrisas is another of the projects to which the Rototom Sunsplash wanted to add its support. €2,000 with which the macrame workshop in which employed Nicaraguan women at personal and social risk, with difficult access to the world of work, will be reactivated. "The money invested in supporting women ultimately reverts to the community and is the best way to contribute to development," the Café de las Sonrisas points out.

The street sellers union Sindicato Mantero, present last August at the Rototom Sunsplash Social Forum, is finalizing the launch of a new cooperative to consolidate the fashion line with which they promote and self-finance themselves in their fight for decent living conditions. The festival’s contribution (€2,000), aims to pave a little more the way towards this dream that street vendor collective fights for on a daily basis.

The ProGat Animal Protection Association is the sixth entity to which the social action of Sunsplash is directed to close 2018. The contribution (€3,000), will be allocated to give assistance to veterinary and health to animals rescued by the protective collective, and will mainly help cover surgical interventions that are very expensive.
at January 02, 2019