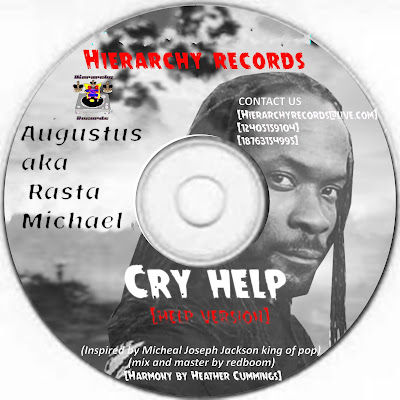 Augustus Soloman Mitchell aka Rasta Michael was born in St. Catherine in the heart of Spanish Town on May 3, 1975.

During the 1980s Augustus considered that era the end of the world seeing that he was exposed to dead bodies due to the rise in violence and crime causing his mother Ms Cecillia Allen to take her 8 children and seek refuge in the small town of Linstead, Jamaica.

Augustus remembers his mother singing as a way to grant her children including Augustus comfort in particular Michael Jackson songs and to also change the temperament of her children Augustus recalls.

As time went by Augustus himself started to sing and found that he became even better and better at holding a note so to speak.

Augustus found himself singing in school and even bringing medals home due to his talent of singing.

Augusts's most memorable moment during his musical journey to becoming a full time conscious reggae artist was actually winning his very first trophy at the Basil Bagga Brown reggae cable competition in 1995.

It was during that same year in 95 when he recorded his  track on the Kennedy Int. Label which was produced by Clive Kennedy.

That recording led Augustus to record a single called Stamina Man produced by Allan White in 1997 and also opened the door for him to appear on Teen Splash in both 1998 and 1999.

Although his journey in life was that of a rough one being exposed to violence to the fullness it did not serve as a catalyst for Augustus to allow his surroundings to determine his destiny.

Augustus appeared on Fame FM radio in Jamaica with Jerry Davis which was also a major accomplishment for him.

Moving along in 2000 Augustus joined the group Double OG the group represented Jamaica in the 2003 Caribbean Championship of performing arts and the group won two silver medals and qualified for the next level which took place in California.

Due to unforseen circumstances Double OG did not make it to the finals in California because they did not have travelling Visa's and the House of Representatives did not assist the group in being able to attend at the finals in the USA.

Although this was a major blow for Augustus and the group it did not prevent Augustus from pursuing his career as a recording artist.I

n 2008 he went to the Turk and Kacus Island to perform at Sound The Big Thing.

Augustus officially changed his entertainment name from Soloman to Augustus and connected with the Innocent Crew and recorded three singles on the MX Musical Xtreemist label in 2012.

To date Hierarchy Records produced his new single entitled Cry Help which he shares was inspired by Michael Jackson and the memories of his mother singing those pop songs as a way to grant Augustus and his siblings comfort during one of the most difficult periods in his life.

Augustus prays on a daily basis for the Lord to continue to bless him on his life and musical journey and he continues to work hard every day to see his endeavor to become a household name in the music industry manifest.