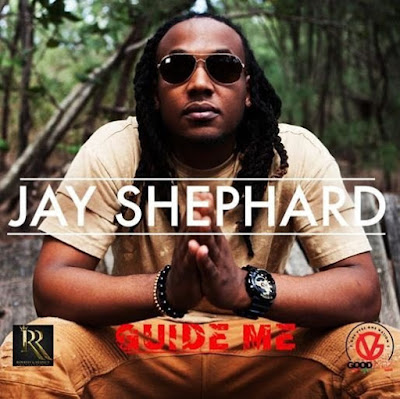 Since the 2019 release of his last hit “Let You Leave”, Jay Shephard has been hard at work, perfecting his sound. Today he returns with a controversial, yet insightful new visual, “Guide Me”. The stirring new music video delves into Jay Shephard’s near death experience which lead to a lifelong spiritual journey and picks up where previous releases like “No Surrender” and “One Time” left off, offering chill sounds matched with a message from the Nassau, Bahamas native. Enlightened lyrics mixed with Reggae’s vibrant voice and bright Arkitechz production put Jay Shephard’s talent on full display as he touches on various topics like war, world peace, and his need for The Most High’s protection through it all. A Karizmavisuals-directed visual as deep as the track complement Jay Shephard’s energy, leaving listeners intrigued by his humble spirit, and subsequently ready to delve more into his catalog of hits. After experiencing “Guide Me”, it will be apparent to listeners that Jay Shephard isn’t in it for the material things success can buy, but for the love of the music, as he continues to let his light shine, one dope track at a time. Since embarking on his career, not only has Jay Shephard landed a distribution deal with SONY “RED” Distribution and worked with top Jamaican producers like  Troyton Rami (Black Shadow Records) and Omar Miller (Miller9 Records), but he has steadily built a fanbase full of loyal supporters, letting the game know it’s only a matter of time until Jay Shephard is a household name. Tap in with “Guide Me” on YouTube and stay tuned for more coming from the Good Vybez Nation LLC founder.